For most of us, this is either the last week or the second to last week of the regular season. Unfortunately, waivers are thinner than Tutu Atwell, and we are broke as a joke when it comes to FAAB. That’s why Daddy is bringing you early holiday presents in the form of Week 13 dumpster dive plays you must start. We are ready to have you celebrating W’s for the rest of the season before adding that Title Belt—the must-have accessory for any New Year’s party!

But before we go face-first into the trash bin, we have a little bit of business to attend to with a recap. A couple of gut punches last week, a little meh, and one absolute explosion sum up the week as it was for this column for The Not-So-Sexy Week 12.

Who the hell are Austin Walter and Eric Saubert?

Well kids, they are the reason Christmas will be a little light this year. They stole what should have been a grand celebration of Ty Johnson and Albert Okwuegbunam.

This is where the sad little analyst would shout about The Process. Not here though, we take our L and move on.

I let my guard down, and these dudes came barging in like the Grinch, stealing all the presents from Whoville. Much like those annoying singing elf things, I didn’t even see it coming. I left my doors unlocked and deserved to be robbed.

A Little Side Dish of Meh

When you go dumpster diving, QB15 has to be ok as a result. And that is precisely where Tyrod Taylor fell. Maybe you expected more, but at least you didn’t get Jalen Hurts or Lamar Jackson numbers. They can’t all be home runs, boys and girls; sometimes, we take the singles and live to see another day.

Now you are sitting there thinking, “What do I get from these columns besides some crappy analogies and awful plays?"

Well loyal readers, you get the freaking WR4. You read that right, the overall WR4 on a free play from a free article on a damn trophy website. Kendrick Bourne was my Patriots guarantee. So, go ahead and preorder that Championship Trophy with the bobblehead. Then you can put my face on it, so you remember who got you into the playoffs with a guy no one else mentioned.

If you haven’t been paying attention, I tend to nail Patriots calls. You’re welcome!

So now that we are out of breath from that little victory lap let’s move on to those Week 13 smash plays no one will see coming and have you rocking the Championship Ring at season end.

Week 13 Plays You Must Start

They are Good Because They are Bad

Nothing says “meh” like Teddy Bridgewater. He’s as exciting as your niece’s Christmas play your sister makes you go to even though she plays a freaking tree. However, sometimes things can go wrong and make dull events exciting—like a Chiefs defensive implosion.

Sure their pass defense has been better as of late, but they haven’t scored enough points for anyone to hit the gas. The offensive efficiency ends this week with the Chiefs coming off a bye and having something to prove. An old AFC West shootout is coming, and you want a piece of this action. The only nugget you will find in the dumpster is Teddy B, so take it and run. 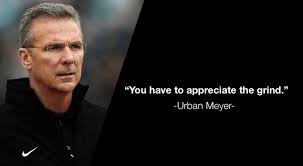 Much like a coed on Urban Meyer, cheap running back plays against the Jaguars keep falling on my lap. In Week 13 the Jags get Sony Michel, who should get increased run with a hobbled Darrel Henderson (strained quad). This defense isn’t stopping anyone, and Sony hasn’t been half bad. So this is the perfect scenario for that one big Sony boom game. I expect a run-heavy script making this an easy smash play on the former first-round pick.

I know what you are thinking, and even for me, a Jared Goff receiver who was unemployed two weeks ago is nasty. However, the Vikings are the worst team in the NFL against opposing wide receivers, should torch the Lions early. Josh Reynolds is coming off five targets in only his second game with the team.

Reynolds is the exact type of player we love here!

Start Reynolds everywhere in Week 13 (and don’t hate Kalif Raymond either). Cheap smashes are the dream, and this one should play out like Bourne in Week 12. So come get this free money and grab some Grillz—as rocked by Bob Harris.

Bring a Shovel; This is Deep

This week’s tight end choice was more disgusting than the leftover gravy you forgot in the back of your fridge after Thanksgiving. But I can’t leave you hanging at the position so let’s talk about Durham Smythe.

The Dolphins TE2 has seen five targets in consecutive weeks from a quarterback on fire. With Gesicki taking up most of the attention, I expect Smythe to have a sneaky good game against an average Giants defense against opposing tight ends.

Smythe is truly a deep dive but could pay off with a nice 40 yards and a touchdown at this wasteland of a position.

So there you go, the wildly unattractive plays for the week. Let’s close the season out strong with a couple out-of-nowhere boom plays!

For serious inquiries about getting Daddy's face on your Bobblehead, please message Daddy on Twitter